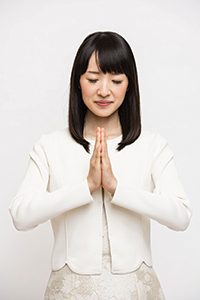 Marie Kondo’s presence feels not unlike that of Yoda—sweet, little, and containing infinite wisdom. Through her four-foot-ten being, her feet barely touching the floor when she sits down, Kondo exudes soft-spoken gravitas. Like a tidy room, the Empress of Tidying is herself perfectly groomed, distilled to the essentials, at peace.

Now living in California’s Bay Area with her husband, Takumi Kawahara, and her two toddler daughters, Satsuki and Miko, Kondo gained an explosive following from the bestselling book The Life-Changing Magic of Tidying Up in 2014, and followed up with Spark Joy in 2016. Published in more than 30 countries, her books posit the philosophy that by being mindful in choosing what to keep, one’s life will become joyful. She made Time magazine’s list of most influential people in 2015, inspiring a community of more than 100 certified consultants worldwide trained in the KonMari Method. And on the horizon, there’s a Netflix reality show, in which Kondo helps tidy eight homes and in the process, she says, “shows how the lives of the families are changed by organizing.”

Kondo and Miko shop for flowers

Today Kondo wears a floral dress with a loose bow at the collar and a light-blue cardigan—her weekend attire. At work she requires either her jacket or top to be white, usually paired with a skirt, black tights, and black shoes. Shopping, she says, is mainly dictated by color and size. “If it comes in my size, I’ll try it on,” she says. Instead of the ubiquitous American water bottle, she carries a thermos of herbal tea—today it’s lavender, but she also loves black bean gobo tea. Born in Japan in 1985, Kondo was famously enamored of housework at an early age and read voraciously about organizing; she was particularly curious why organization is associated with women. She eventually majored in culture and communication, finding inspiration in the book The Art of Discarding by Nagisa Tatsumi. By her sophomore year of college, Kondo had started her own tidying business.

“We have a fatigue of owning things and have lost what’s important.” 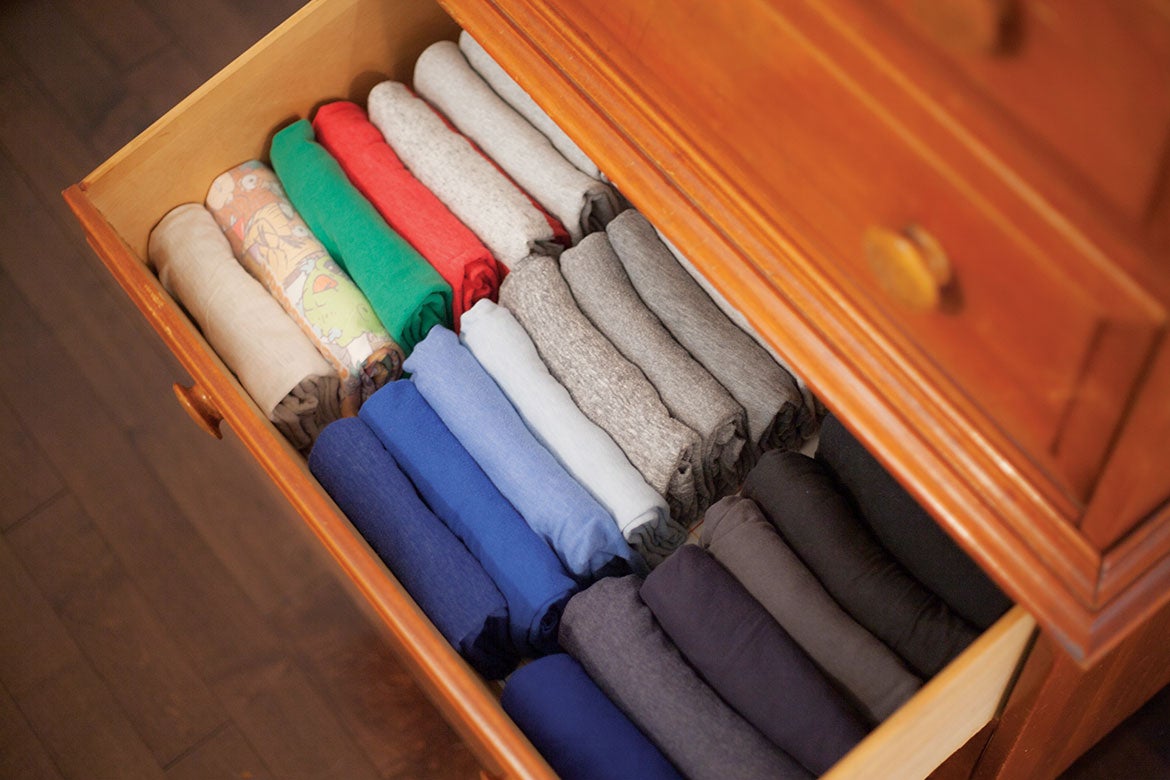 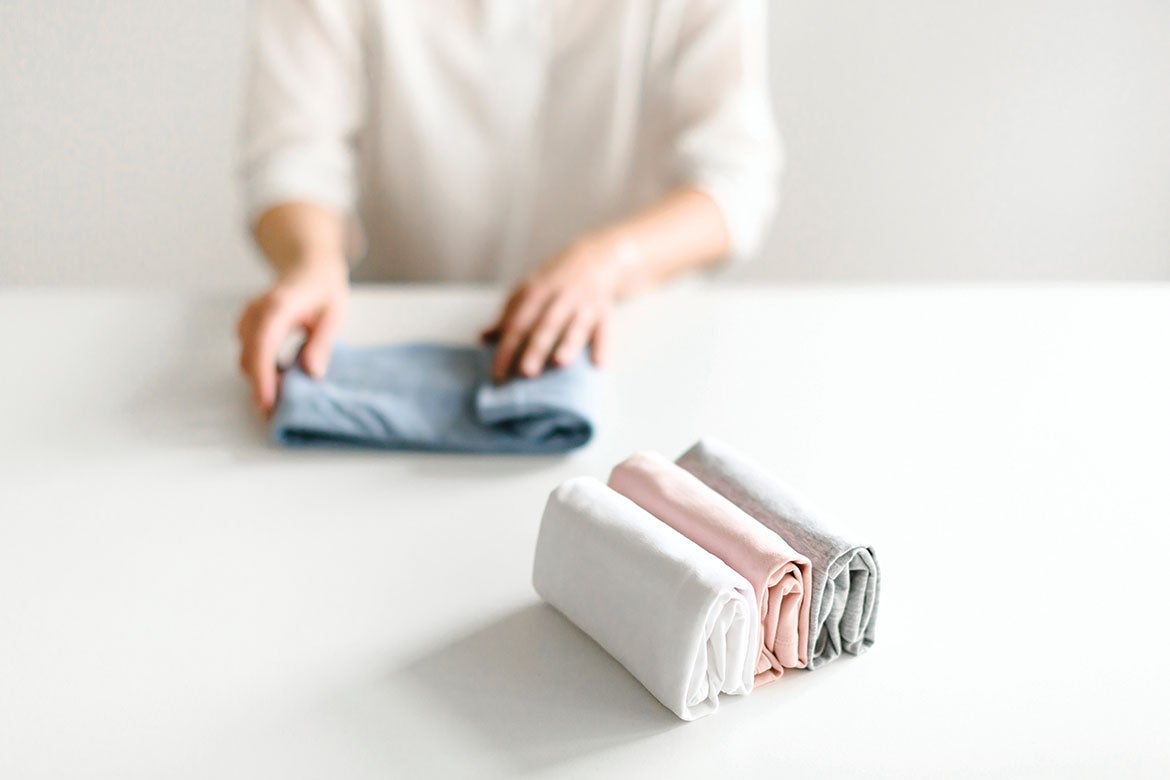 Clothes folded upright according to the KonMari Method 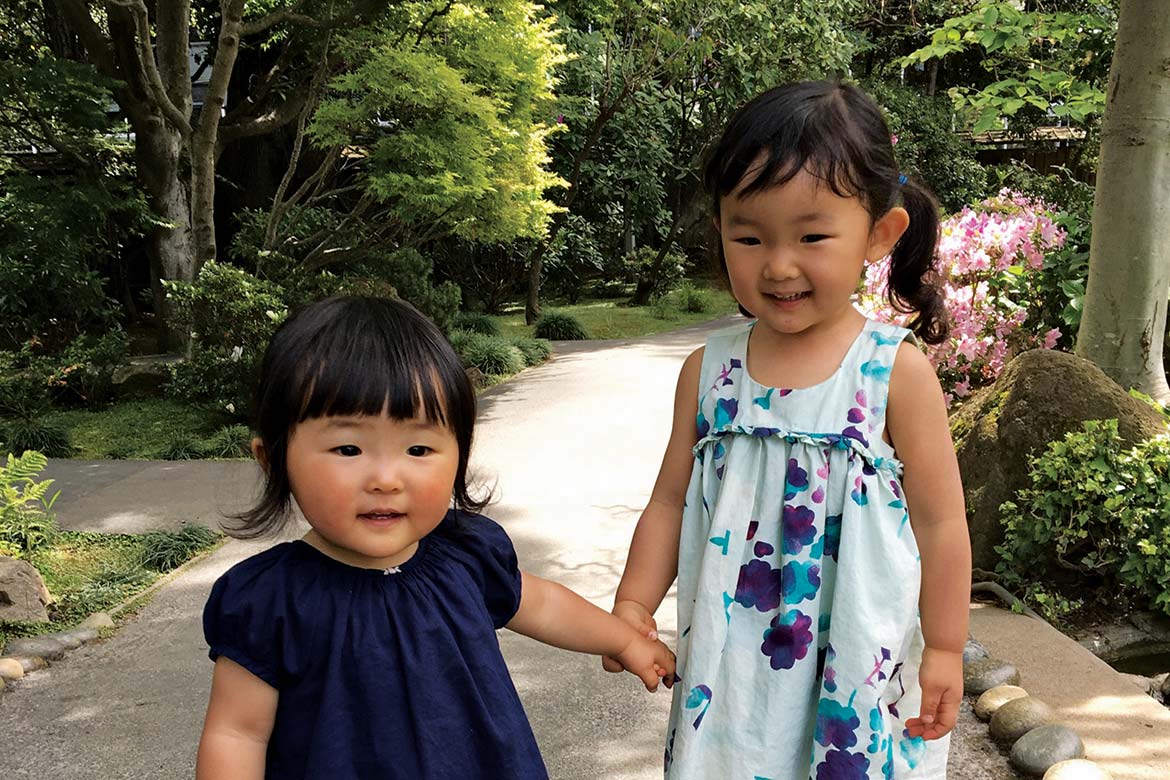 Kondo and Miko shop for flowers 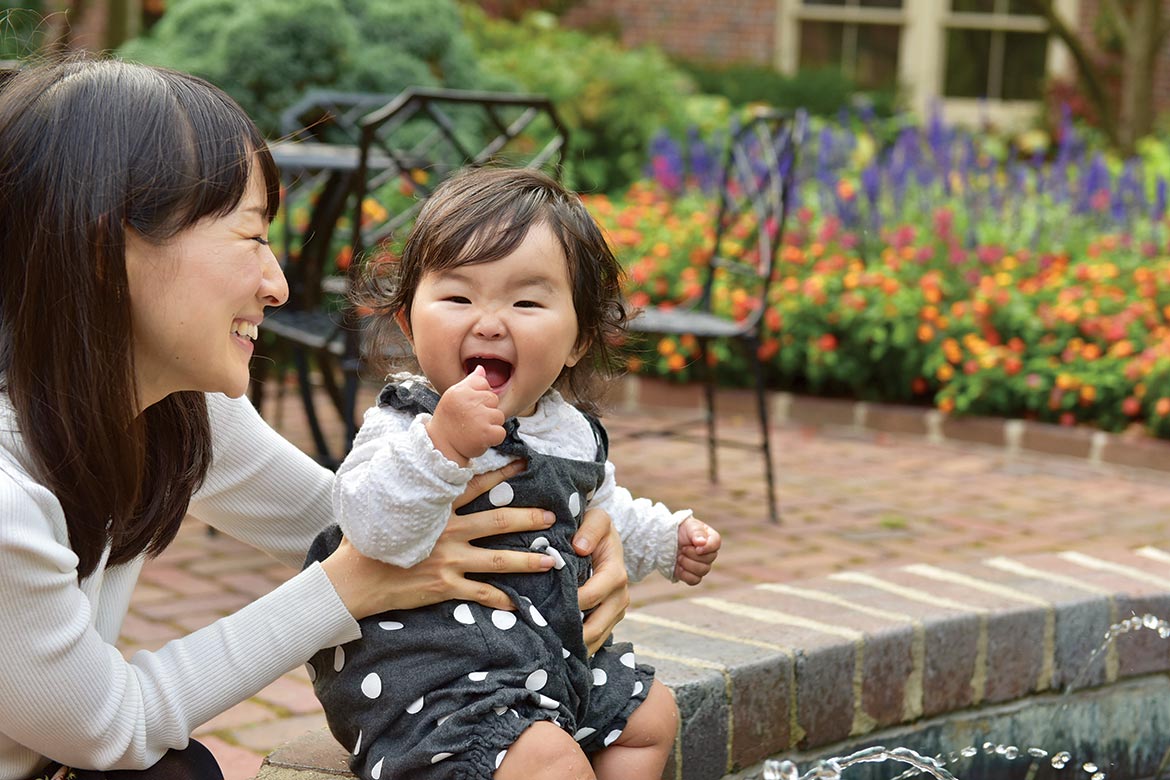 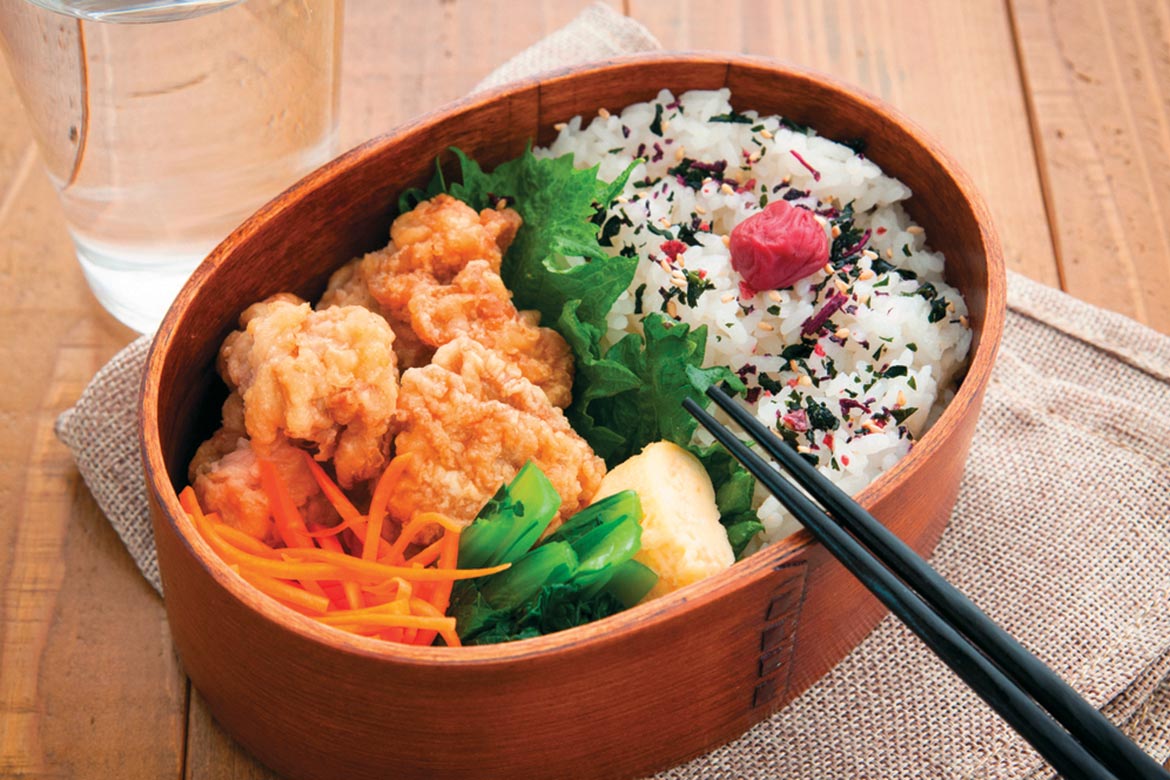 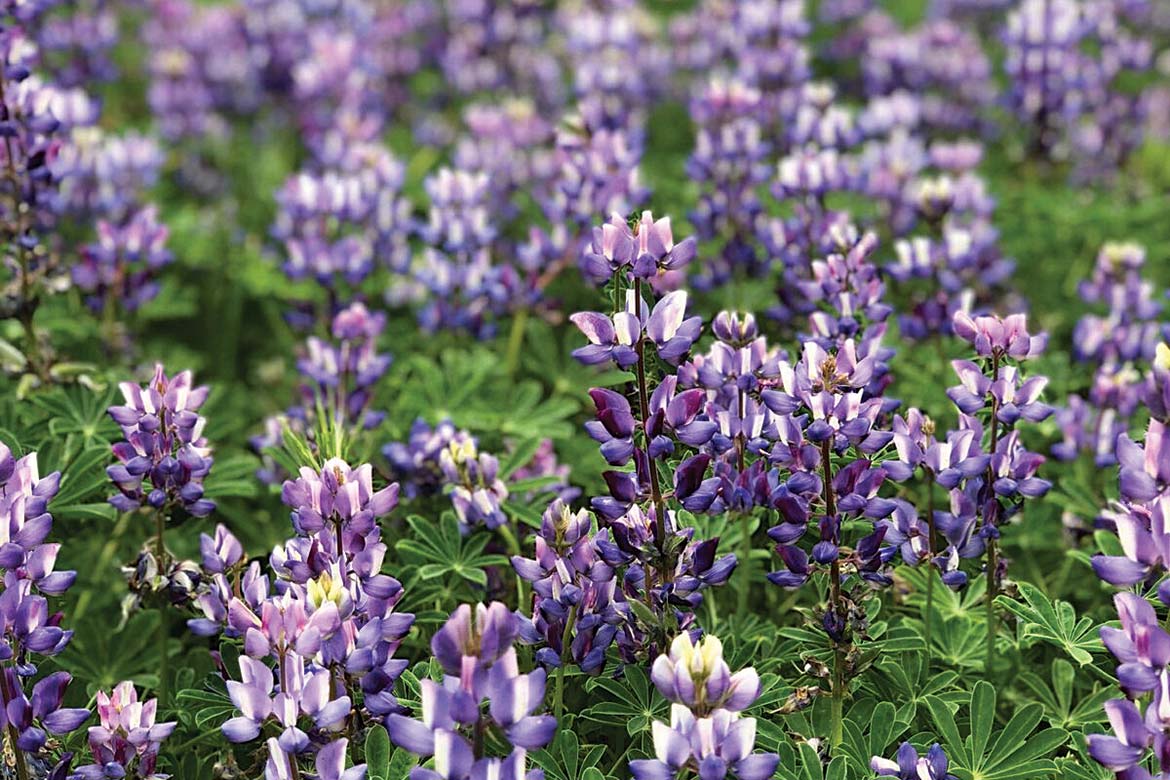 A field of lavender blossoms shot by Kondo’s husband, Kawahara, during a walk in LA 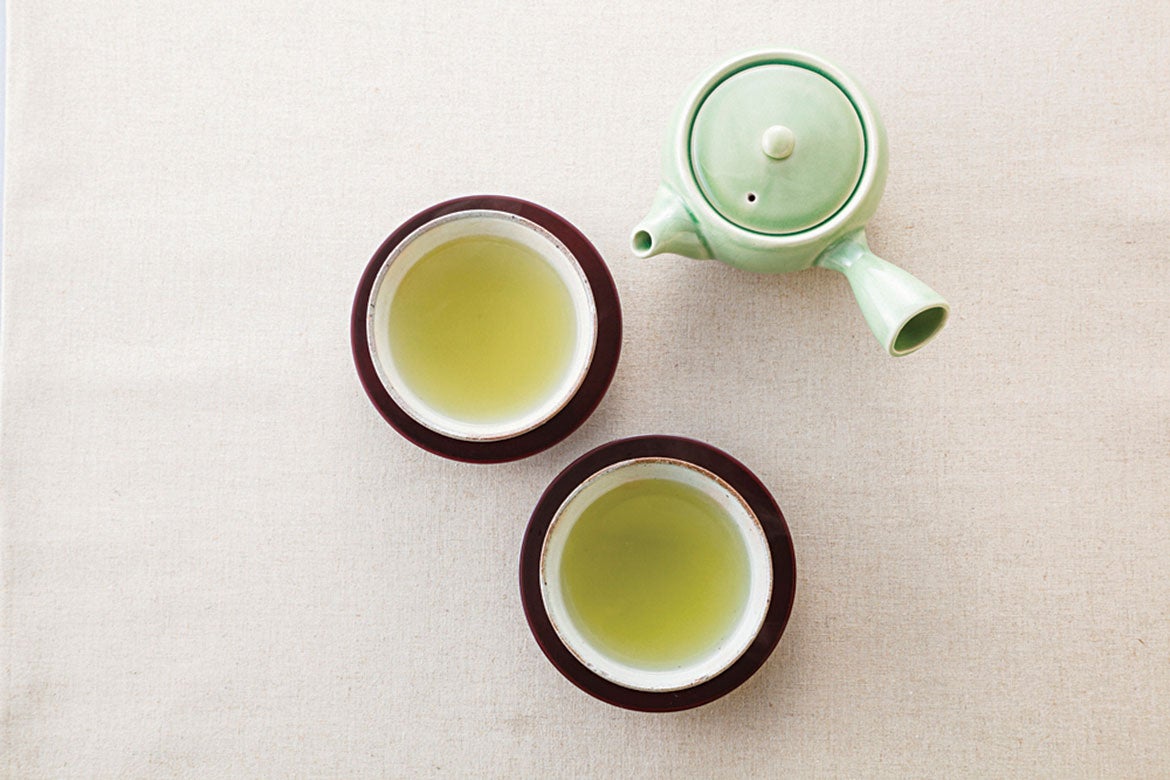 Her life at home remains distinctly Japanese. She shops at one of several Japanese markets in her neighborhood and often prepares bento boxes—which are comprised of several side dishes—as well as miso soup every morning for breakfast and lunch. “Japanese food is the best for my body,” she says, adding that she likes to eat items with “a lot of collagen,” including fish and dark leafy greens. In the morning she opens all the windows in the house—a cleansing ritual, “my practice,” she says—and at night she unwinds by soaking her feet in warm water and scrubbing them with salt to remove the day’s detritus. Her daughters are being raised bilingual, speaking Japanese with their parents and English with the nanny.

Despite her global followers with their fervor for the KonMari Method, Kondo is not religious in the traditional sense, but she has an undeniable spiritual calling. Her doctrine is founded on organization, simplicity, and living joyfully. At the mere mention of “parting with” things, she becomes most eloquent. Joy has become buried for people beneath consumerism, which is made easier than ever by the internet, she says. “We have a fatigue of owning things and have lost what’s important. People have given up control of their lives to what they possess.”

Kondo’s mantra: keep only the items that spark joy

Previous Feature The Collector
All Features
Next Feature Seeing the Light